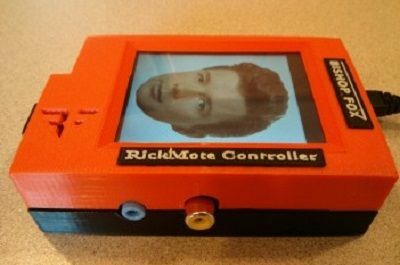 Well, you may never be as rich or as cool as Stark, but you can take over Chromecast-enabled TVs. Enter the Rickmote Controller, a tool that allows you to hijack nearby Chromecasts and play – what else? – the irresistible Rick Astley hit, “Never Gonna Give You Up.”

Chromecast Hacking in a Nutshell

How is it possible to hijack unsuspecting Chromecast users’ TVs, turning their “Game of Thrones” marathon into a 1980s flashback? The Rickmote accomplishes this by briefly disconnecting nearby Chromecasts from their Wi-Fi. When this loss of connectivity occurs, the Chromecast tries to reconfigure and accepts commands from anyone within proximity. The Rickmote automatically provides this configuration in the form of everyone’s favorite Rick Astley song on loop.

Steps to Make Your Own Rickmote — Coming Soon

The Rickmote is an open-source program designed to make pranking your friends and neighbors easy. It automates the process of identifying, targeting, and playing video to all Chromecast-attached TVs in Wi-Fi range. You can download the code at the Bishop Fox GitHub and follow the instructions there.

Stay tuned for a breakdown at Black Hat Tools Arsenal USA on August 6, 2014. We’ll release a step-by-step guide on how to create a Rickmote Controller out of a Raspberry Pi like in the video above!

We Know the Game — and We're Gonna Play It

Once it’s ready, using the Rickmote could not be any easier. To start rickrolling, boot it up and press the big Rickroll button. One click is all it takes – and Rick Astley runs wild!

While you may never be like Tony Stark (unfortunately,) you can mimic some of his tricks and hijack nearby Chromecast-enabled TVs. We’re not sure what Stark’s feelings would be on the music of Rick Astley, though.

The Rickmote was recently chronicled in a Wired feature, which you can read here.