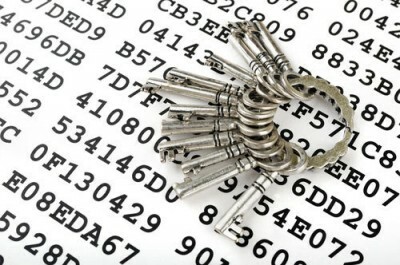 Whether the problem is influenced more by Moore's Law or by Murphy's Law, history tells us that every so often there is a publicly disclosed key generation flaw in a popular encryption algorithm. For example:

In most cases we see issues with random number generation rather than the core design of SSL security.

This post will present a condensed version of the paper with the aim of clarifying the issue, its impact, and the systems that are affected. Additionally some recommendations will be outlined for how to prepare and protect your assets from the next inevitable crypto weakness discovery.

SSL is Not the Problem

At the heart of the public confusion is a concern that SSL encryption itself is flawed; it is not, and the research paper does not describe any inherent weaknesses in SSL or other methods of encryption.

The security of SSL and other asymmetric cryptographic systems relies upon secrets that are difficult to calculate or guess; the secrets take the form of extremely large prime numbers that are generated once per cryptographic certificate. Any failure in the confidentiality of a certificate's secret prime number(s) will result in the certificate being compromised, rendering it useless for the purposes of encryption and signing.

The actual issue under discussion in the research paper is the way in which cryptographic keys (and the associated prime numbers) are generated.

What the researchers found is that a number of real-world SSL certificates have been generated with the same prime numbers. Researchers determined that the massive primes were not random. In fact there was a great deal of repetition amongst certificates belonging to unrelated people, companies, and systems.

Because of the lack of randomness, the researchers were able to use simple algorithms dating from Euclid's era to quickly and easily calculate the secrets belonging to a quarter million SSL certificates from systems all around the world.

The underlying cause of the issue is not yet known, although tentative suggestions are pointing toward a broken key generation implementation that is shared amongst several types of embedded devices.

What Type of Crypto Systems are Affected?

For now it is reasonable to assume the most widely affected systems will be HTTPS web servers.

The research indicates that only small subsets of RSA keys were generated insecurely. While the origin of each affected RSA key is not yet known, there are strong indicators that the keys were created on embedded systems such as routers and firewalls.

What Systems are NOT Affected?

All indicators from the current research (Q1 - 2012) suggest that only SSL certificates are affected. Other systems such as PGP keys, RSA tokens, and other RSA-based keys are either not affected or there is insufficient data to draw solid conclusions.

It should be kept in mind that it is RSA key generation that is affected; the applications and systems that rely on RSA keys are not the culprit.

The Likelihood of Successful Attacks

Practical real-world attacks are hard. This is because an adversary must not only exploit RSA key generation weaknesses, but must also be in a position to intercept encrypted network traffic, or to steal encrypted data from a server, or to somehow insert themself between two users in the middle of an SSL-encrypted conversation.

As such, the most easily to exploit targets will be internal network systems as opposed to external (Internet-facing) systems. This is because it is much easier for a malicious user to disrupt, redirect, or intercept traffic on a corporate LAN than it is on the Internet.

A sufficiently knowledgeable person with access to (a) a compromised key, and (b) an internal corporate network connection may be able to exploit the RSA weaknesses to intercept, decrypt, and modify SSL-encrypted network data.

The likelihood of an adversary performing the same attack against, for example, an Internet-facing HTTPS server is far less likely. Such an attack is hampered by the difficulty of intercepting network communications between a web server and its users.

It should be noted, however, that certain nation states and ISPs do have the capability to monitor and intercept the connection between a user and a service.

It would be prudent to anticipate such tools and attacks, and prepare systems in advance. The following steps are highly recommended: