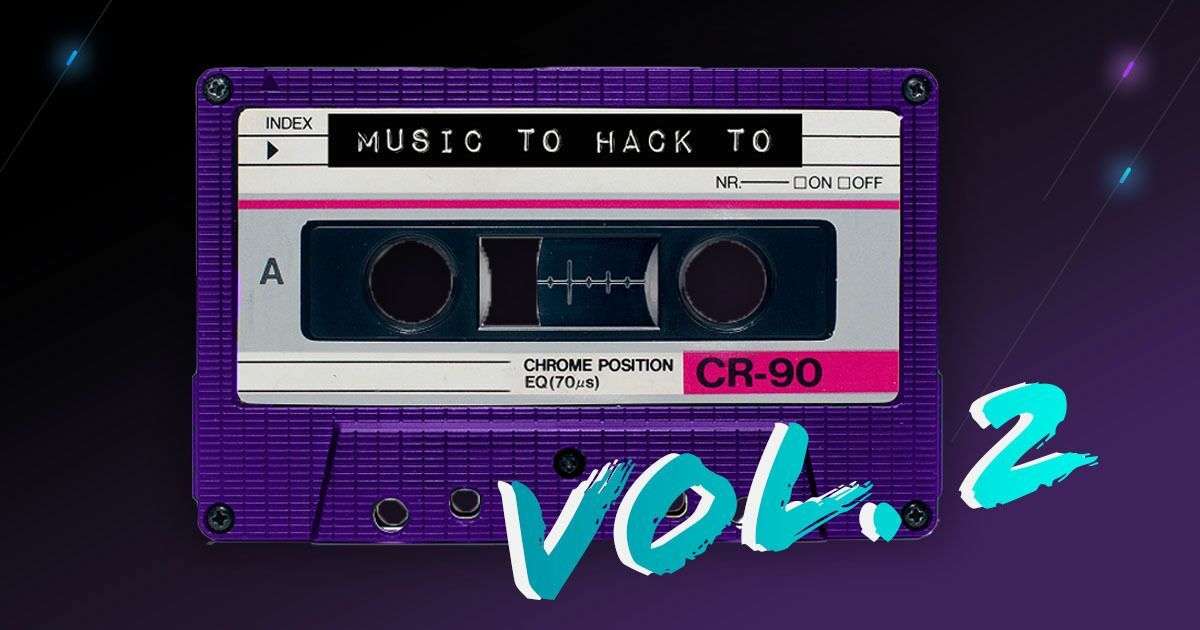 A couple years ago, we collected some of our favorite hacking playlists and genres – and shared them with the world. But who are we to be the only ones dictating what hackers listen to? In Volume 2, we open-sourced our list by asking some of our Discord members to contribute their favorites in addition to folks in the Fox Den.

We’d love to hear about your favorites, too! Talk to us on Discord or Twitter, and maybe in another year or two we’ll kick out a Volume 3.

What We’ve Been Listening to These Days

Ahren Bohmrich, Senior Solutions Architect at Bishop Fox – Ahren spends his days as a member of our scoping team, where he collaborates with security consultants and clients to help lay out engagements. Understandably, he spends a lot of time in meetings, but when he’s not talking on video calls, he’s listening to his below “essential choices.”

About these picks, Ahren called them out for being “very textural and atmospheric, mainly. They are generally instrumental, or with limited or downmixed vocals. Usually the sounds of all three are a slightly recessed midrange, which is less distracting or fatiguing to listen to after a few hours. I tend to prefer simple, repetitive rhythms/baselines/patterns that are easy to fall into a sort of flow-state versus something with wildly fluctuating tempos or weird progressions.”

Another choice from Ahren – one that is pretty unique – is an hour-and-a-half of dirges, which he calls “gold focus music.” You can listen to “Mirror Reaper” by Bell Witch here. And for another unique suggestion, Ahren shared, “I have some albums that are mostly just the sound of birds chirping, dripping faucets, ambient soundscapes, and field recordings type of stuff. I love it for reading, especially when you can get the right 'vibe.’”

One other selection includes the self-titled album by Cascadia, which is classified on Bandcamp as “ambient” and “post-rock,” a genre known for being largely instrumental.

In our Discord server (informally called “redsec,” which you can join here), several members often share their personal Music to Hack to preferences. One member (@sp1icer) contributed a variety of playlists he listens to while popping shells and writing reports.

It’s an eclectic mix, featuring rock like Foo Fighters and the Animals, rap like Lupe Fiasco and Childish Gambino, more electronic sounds like Daft Punk and VengaBoys, and trance like Armin Van Buuren. “I listen to every kind of music out there,” he said, but he tends to stick with more upbeat stuff for workflow. “It keeps the spirits up, high-tempo tracks keep me excited, and keeps the energy moving forward,” he commented on his selections. Overall though, sp1icer cannot escape his metalhead roots when hacking (as you will clearly see).

Below are some of his picks as well as a playlist to check out if you’re seeking recommendations. Fun fact: The last pick on this list by Spiritbox comes from an album titled “Eternal Blue,” which shares its name with the EternalBlue exploit.

Another Discord member – Jacqueliine Beltran (@sugarsyntax) – has several hacking-specific playlists she gets lost in while working. Her favorites include the following:

“Jealous” by Hope Tala – She says, “The bossa nova elements make this song perfect for setting up my hacking tools.”

“Break It Off,” by PinkPantheress – “I’m a sucker for drum and bass; this track gives me a boost of energy when it comes up in the shuffle,” Beltran said about this pick.

“光る目 · t e l e p a t h テレパシー能力者” – And finally, for her last song, Beltran chose this vaporwave track “because it amplifies my concentration when I’m already in the zone.”

So, What Are You Listening To?

Just like Volume 1, it turns out our security consultants and Discord members like quite an eclectic array of background music while hacking – as opposed to the strictly “computer sounds” hacker music stereotype (although that has its place, too.) Hopefully though, you’ve walked away from this post with at least one new piece of music to jam to the next time you’re trying to break into a network during a security engagement.

If you want to share your choices, feel free to tell us on Twitter (#MusictoHackto or @bishopfox), or drop them on our subreddit or Discord server.

Check out this curated YouTube playlist of Music of Hack to from Volumes 1 & 2 (we’ll add new suggestions as we get them!): Listen here.