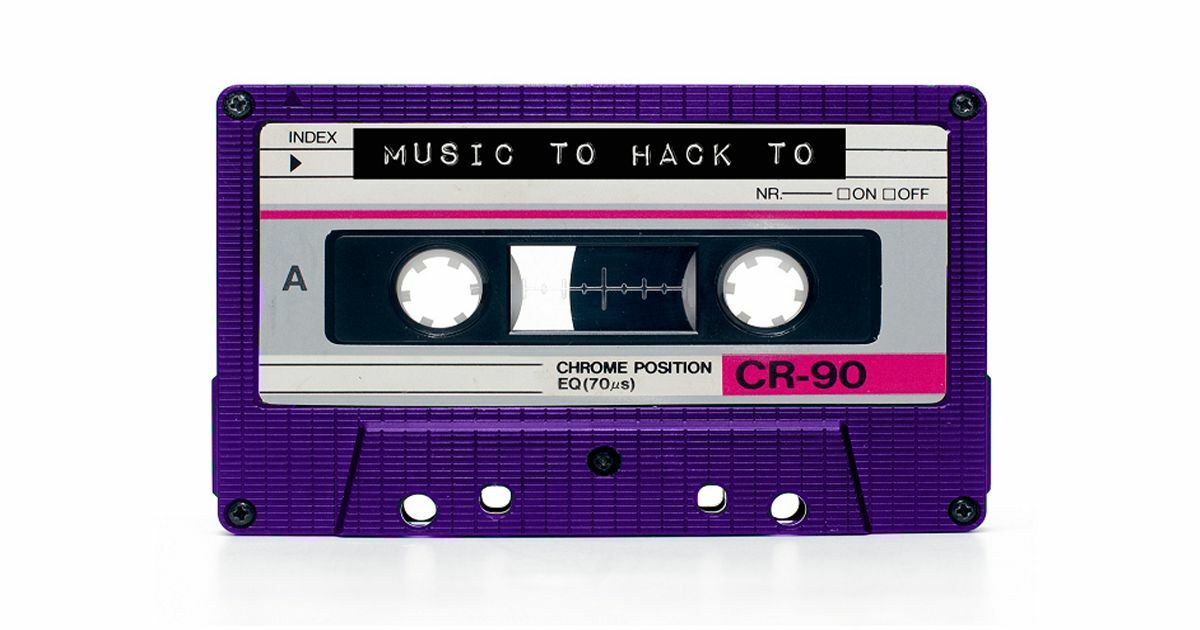 In late 1995, the movie “Hackers” hit theaters across the United States. Although it received mixed reviews and lackluster box office sales at the time of its release, “Hackers” would go on to achieve cult classic status. Now, if you mention the quote “Hack the planet!” to nearly anyone in the infosec community, you’ll either be greeted with a nod and maybe a “Mess with the best, die like the rest,” or a giant eyeroll.

But perhaps even more impactful than the legacy of “Hackers” was the three-volume soundtrack the movie produced. That sprawling soundtrack highlighted ’90s electronic musical pioneers like Orbital and The Prodigy and even some more unlikely cuts featuring David Bowie and Squeeze.

Traditionally when it comes to hacking music, people think of a sound similar to the aforementioned techno artists Orbital and The Prodigy. Like the hacker in a black hoodie, it has become something of a cliché. Well, we are here to tell you that you can hack to music beyond just electronic, techno, or futurepop.

At Bishop Fox, many of our security consultants have relied on various hacking music playlists to help them stay in the zone during engagements. In this blog post, we feature several of them as well as other playlists they recommend and why our consultants like to listen to them as they, well, “hack the planet.”

This consultant’s selections vary greatly, spanning experimental hip-hop to Lo-Fi and Japanese rap. Despite the diversity of the mix, he says his picks help him keep zen and focused. He also enjoys listening to music like the minimalist composer Phillip Glass, which is “ambient music that helps me zone out and concentrate on the task at hand.”

When it comes to his choices, Nazariy specifically seeks out music that will give him goosebumps – hence, the name of his below playlist. And while working, Nazariy prefers music that will ground him. Heavily electronic, the “Digital Goosebumps” playlist includes songs by trap/electronic artist RL Grime and downtempo musician Klasey Jones.

OTHER MUSICAL SELECTIONS FROM THE FOX DEN

Sometimes, especially when you’re coming toward the end of a time-boxed assessment, you want a more mellow sound to keep your nerves at bay. Or if you’re reading up on the latest exploits to improve your pen testing abilities, it can be an ideal soundtrack for serious concentration. Sometimes that means you need your comfort zone jams – i.e. you need the soundtrack of your childhood, like the soothing sounds of "Donkey Kong." Here are a few video game-themed playlists we particularly like:

Nintendo and LoFi II (and this image features Donkey Kong and Yoshi in an endless … race? … of some sort)

Retro Game Music (a playlist featuring many, many game soundtracks you may remember)

There’s a lot of great hacking music to be found in modern video game soundtracks too. Certainly, there’s some correlation between gaming and hacking – the thrill of the chase, the forward motion toward a goal, and the hyperfocus on a particular target.

And with that in mind, below are some of our favorite more modern video game soundtracks.

A distant relative of the “Hackers” soundtrack but more in tune with the 2011 movie “Drive” soundtrack (with hints of “Mr. Robot” OST), synthwave is another genre that will help you stay focused while you work on compromising a client’s webapp. Check out the playlist below if you’re more in the mood for something chill and glitch-y.

There’s nothing like classical to really calm your nerves, which might be why it is the unofficial background of doctors' offices across the country (that and easy listening, which we will not be discussing in this post). Some people struggle to work while music with lyrics is playing (especially when it comes to writing), so instrumentals are preferred concentration music. Here’s a few choices to pick from.

3 Hours of Beautiful Music by Peter B. Hellund

“The Rite of Spring” by Igor Stravinsky

WHAT ARE YOU LISTENING TO?

What are you listening to? What gets you going or helps you come down after popping a shell or two? We’d love to hear your recommendations on Twitter (@bishopfox)!

Thank you to all the Foxes who contributed to this blog post!