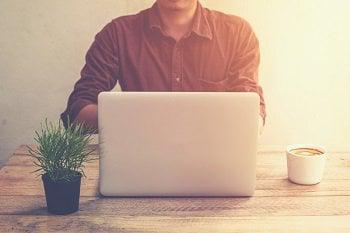 NOTE: There is no conflict of interest in the following content. The products in this VPN guide were chosen strictly as a result of research. We received no compensation from any of the creators of our recommended VPNs.

If you’re interested in installing and using a VPN to surf the internet securely, realize that not all VPNs are created equally. Some VPNs serve different purposes than others in terms of privacy, performance, and ease of use.

Before immediately jumping into our VPN guide, keep in mind this “caveat emptor” about free VPNs. Free VPNs are not free just because the creators believe that every person should have a VPN. Free VPNs have a history of doing some shady things.

When we began, we set out to rank VPN services and recommend the best. But during our testing, we discovered that each VPN had their strengths as well as weaknesses, making the idea of ranking “a best VPN” a little irrelevant. So without further ado, in no specific order or rank, here are our VPN choices based on your particular situation.

BOTTOM LINE: ExpressVPN has several solid features packed into an intuitive UI. Coupled with their widespread compatibility and fantastic online support, it’s a great choice for anyone willing to pay a little extra for some peace of mind.

BOTTOM LINE: PureVPN has the best download and upload speeds of the VPNs we tested by a large margin. Users who are more technically adept will find PureVPN their best option and gravitate toward features like split tunneling.

BOTTOM LINE: TorGuard places as much power in the user’s hands as possible. Protocol and cipher choices are on the main screen, and users can write scripts that execute before and after VPN connections. TorGuard is an excellent choice for users with a thorough understanding of encryption and network traffic.

BOTTOM LINE: TunnelBear is demographically one of the most accessible VPNs around. Although routers, game consoles, and torrenting won’t work with TunnelBear, this is the easy choice for anyone who has limited technical expertise and wants the best “download and go” experience.

BOTTOM LINE: This is a great option when price takes precedence over features or fluff. CactusVPN has all the necessities of a VPN packaged together in a simple UI, all for under half of what most commercial products charge. The trade-off, though, is in flexibility; users have limited selection in servers and locations.

Each of these VPNs ensured privacy, performed well, and will prevent your ISP from gathering information about your web traffic (the desired outcome).

For starters, our testing environment was a Virtual Machine running 64-bit Windows 7. Using VMware, we created several snapshots each with only the default Windows settings and the installation of one of the VPNs. From there, we set out to test our VPNs on three factors: privacy, performance, and ease of use.

First, we set up Wireshark for our host machine to listen on our Virtual Network interface. Because all traffic from our VM must be routed through our host before leaving our network, we could effectively monitor whether the data passing through was properly encrypted. Leveraging this, we generated several types of traffic and analyzed it for plaintext content or IP destinations that didn’t match the VPNs (since all traffic should go through the VPN).

After confirming the VPNs encrypted our traffic properly, we looked at the different protocols and encryption methods they supported. Out of the five we selected, all of them support AES-256 encryption and most support a common subset of protocols (OpenVPN UDP/TCP, L2TP, PPTP, and SSTP).

The last step in our privacy check was to connect dozens of times to the same server and judge the range of IPs we can receive. We recorded whether it changed every time, occasionally repeated, or always repeated. At that point, we took a step back from the technical detail and looked for what methods of secure payment each provider offered – could you purchase your VPN with Bitcoins? Gift cards?

For those who value total anonymity, here are our results:

We started to analyze how well the VPNs held up in terms of speed, stability, and overall technical aptitude. The first phase of this portion of testing was running a speed test. We conducted five back-to-back speed tests using speedof.me for each VPN, allowing each VPN to choose their own recommended server with OpenVPN as the protocol. We then averaged the results, recorded them, and compared against the average speed taken without any VPN.

Ultimately, this step revealed that PureVPN vastly outperforms the other four choices in our testing environment.

Finally, we tested each VPN’s performance to check if it failed open or closed. These terms mean figuring out if each VPN, when forced to crash unexpectedly, maintains the encrypted connection or drops it. So, after terminating the process of each of our choices in the middle of a stable connection, it was determined that only TorGuard did not maintain an encrypted connection (or kill the connection entirely).

The most subjective metric we examined was how easy it was to install and use each VPN. Ease of use is a very important selling point for companies offering encrypted connections. Our general process involved navigating through the UI, establishing a connection, and determining the difficulty of the configuration settings. We also reviewed which devices were supported for each VPN, and what options were available for receiving online support. Most of that data that can be gathered for ease of use can be found in our Pros and Cons chart above.

One more thing: Each VPN we tested provides users with a mobile app for Android and iOS. These applications will install the VPN certificate onto the device automatically, making configuration and use of a VPN on a mobile device incredibly easy.

Other VPNs We Tested

Before we leave you, here are the VPNs that didn’t make the cut as well as the reasons why they were left on the sidelines.

This is the only beginning of our journey into VPNs. We will be following up with related posts in the coming weeks. Stay tuned!